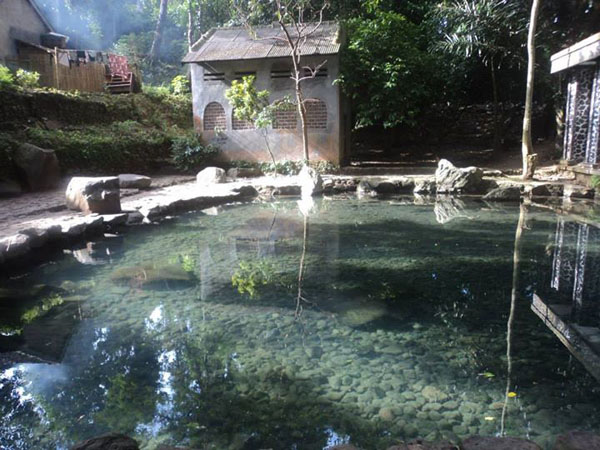 Pandeglang Regency is part of Banten. Today, it attracts many tourists from other cities. The prime reason is the lure of tourism. If you visit Karang Mountain in Kadu Bumbang Village, you may find a recommended tourist spot called Batu Quran. What you need to do is to head to Cimanuk District. So, what is it about? It is actually a pond featuring a big stone. Tourists come to this site to learn the history of Syekh Mansyur. He was a famous Islamic Figure back then.

The Nuance
The water is clear, so you can see several stones in it. In terms of nuance, it is quite natural. It is because the location is near to Karang Mountain. What about the size? It is moderate. In some occasions, tourists are allowed to get in the water. The locals believe it gives blessings and good luck. Still, it requires permission from the keeper before getting in the water. Also, make sure the water is clean and clear. It is because some leaves often fall in the water.

Exploring Batu Quran
As mentioned before, most of the tourists visit Batu Quran to learn the history of this site. The rumor has it. The stone located in the midst of the pond is considered sacred. According to the locals, Maulana Mansyur once stepped on the stone before visiting Mecca. Later, the water came out abundantly from the stone. People believe it as the water from Mecca (Zam-Zam). Maulana decided to close the source of the water using Holy Quran. He got this message from Allah after performing a prayer, actually.

Magically, the water stopped and the Holy Koran turned into a stone. Thus, this site is named after it (Batu Quran). People in Banten have considered Maulana Mansyur as an important person. He had a significant role in spreading Islam in Banten Province, as well. Not to mention he was a smart and brave person. He could also play several musical instruments. No wonder, Moslems come to the Batu Quran in order to give a prayer and learn a little bit more about him.

Batu Quran features a big stone. The size is roughly 2 meters. In terms of appearance, it is similar to regular stones. The legend has it. The stone was a Holy Quran back then. However, you cannot find any verses of Koran at all. However, there is a belief among the locals. They say only high-spirited people are able to read the verses. With this belief, people start to look for blessings when visiting Batu Quran. They are likely to try whether they can read those verses or not.

How to Get There
Batu Quran is situated near to Karang Mountain. It is in Cimanuk District. From Jakarta, you need to head to Pandeglang Regency first. The trip takes about 3 hours and the distance is 118 km. It can be a faster trip, actually. What you need are a good vehicle and a low traffic.